Recommended to play in fullscreen

Welcome to the Team

Every night, monsters burst from the shadows to roam the graveyard grounds. As a member of the Graveyard Shift, it is your duty to prevent their escape!

Protect the graveyard in this deck-building board game. Play through 10 different handmade levels! Can you collect all 30+ unique cards?

Note: the web build is generally less performant/stable than the downloadable builds below. If you have a lower end machine, please consider giving them a try instead!

Built with Godot for the GitHub Game Off 2022 over the course of 30 days.

THERE IS A BUG PREVENTING DOWNLOADING THE GAME FROM CERTAIN BROWSERS. PLEASE USE THE MIRROR ABOVE IF YOU HAVE ISSUES! [bug]

This is probably the first game on this Jam I played more than one hour.

I made a recording too: https://youtu.be/AxOvgCvU1BE

Note that I had to split it into more than one part. :D

I’m interested to see the expanded version of the game. A few improvements here and there, more game content, replayability (or an infinite mode) and it will be a solid game I could consider purchasing.

Really cool game ! I really enjoyed finding the right solution to keep those monsters away. I did had to quit at some point on a level that seemed... just impossible. Having to survive 8 turns with 6 of those blob moving 1 square, it seemed like I just didn't have the tools to deal with it.

This is really awesome! I could play it for a long time. Really fun puzzle solving and figuring out which treasure to buy! 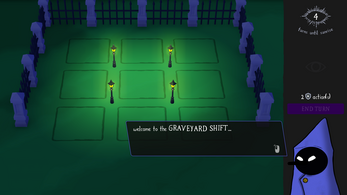 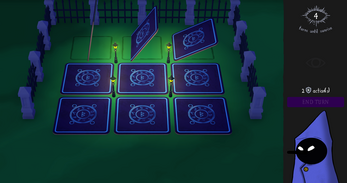 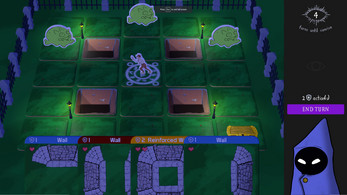 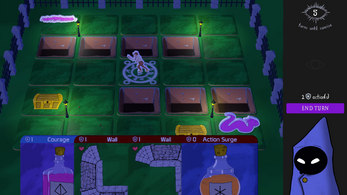